David is co-founder and CEO of Collage Group, previously known as the Latinum Network. From its inception in 2009, the company has grown to serve nearly 100 leading corporations, 230+ consumer brands, in 16 different industries. David is passionate about entrepreneurship and company building.
Prior to Collage Group, he was the founder, vice president and general manager of AOL Latino, AOL’s Hispanic service. He was responsible for the entire operation, including overseeing programming, product development, customer service, brand and acquisition marketing, strategy and business development. At its peak, AOL Latino produced $130MM in revenue from subscriptions and advertising. David was also Executive Director of strategy at AOL’s web properties. Before AOL, he worked in private equity at Allied Capital and strategic consulting at Gemini Consulting. Originally from Ecuador, David holds an undergraduate degree from Brown University and an M.B.A. from Harvard Business School. Currently, he sits on the Board of Trustees for Georgetown Day School in Washington, D.C. David is also a member of the Washington, D.C. chapter of the Young President’s Organization. David is married, has three awesome kids, and currently lives in DC. 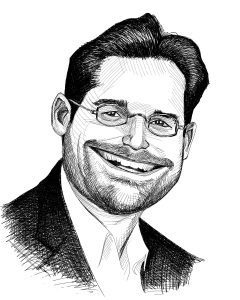