This research is part of a series that expands on our 2021 Roundtable Presentation, America Now. Read on to learn how Gen Z women stand out for their prioritization of reducing sexism.

2017 was a pivotal year for women in the U.S. The day after President Trump was inaugurated, millions of Americans across the U.S. participated in the largest single-day protest – The Women’s March – to support gender equality and protest the President’s anti-women statements. Later that year, the #MeToo movement gained momentum as more women broke their silence as survivors of sexual abuse and revealed the prevalence of sexual violence against women. With increased visibility on women’s issues, women have reported that their gender identity has become more important to them over the past few years. This is especially true of Gen Z women; 55% agree that their gender is now a more important aspect of their identity than it used to be. Brands can better engage with consumers by understanding how Americans’ identities shape their views on social and political issues, and what they expect from brands like yours in engaging with these issues.

In a recent study, Collage Group asked Americans what three social and political issues are most important to them and found that Gen Z women are unique in wanting to see the reduction of sexism in society. 33% of Gen Z women feel reducing sexism is one of the most important social or political issues today, compared to just 10% of Millennial women, 7% of Gen X women, and 3% of Boomer women. 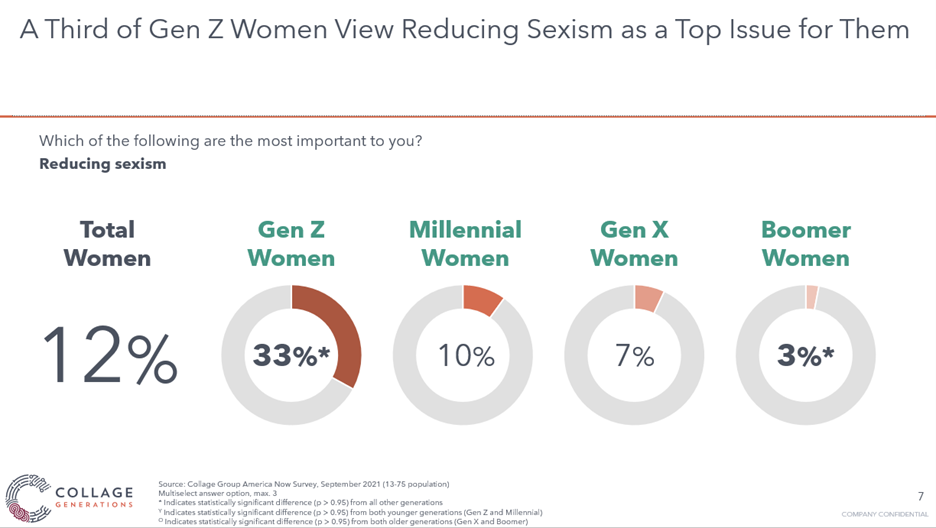 Gen Z women’s perceptions on the importance of reducing sexism is even more pronounced when it comes to their support of brands. Over half of Gen Z women will reward brands that support reducing sexism. And while older women tend to prioritize other social and political issues over sexism, many are still more likely to support brands that will confront sexism. 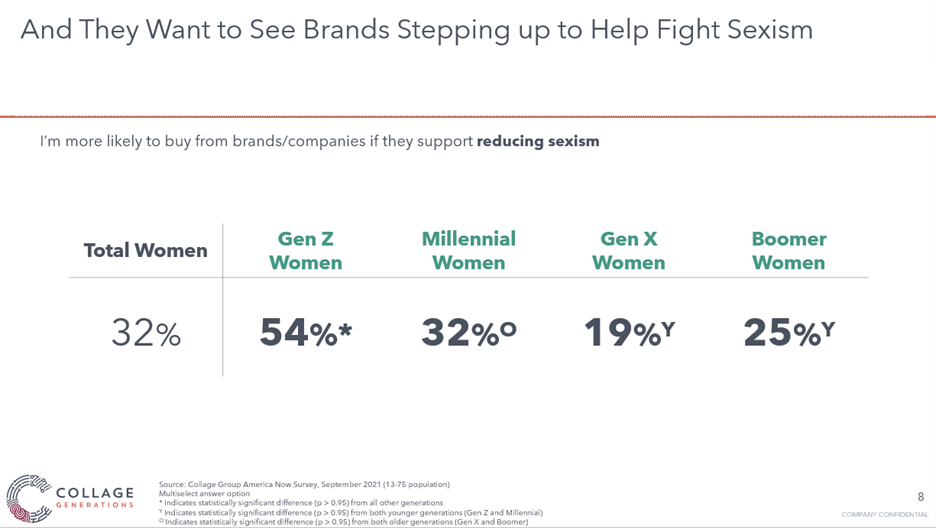 Contact us to find out how you can access the full America Now report with these insights and much more. 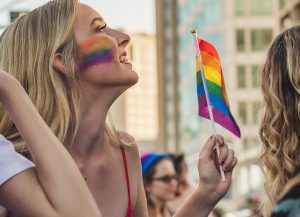 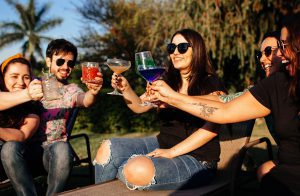 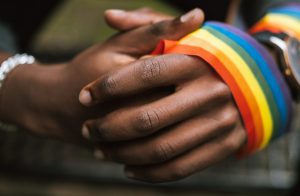 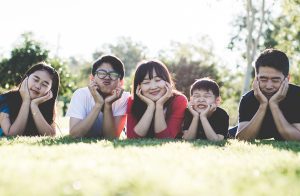